Games
You are here: Home / Games / Spiders as Invertebrates, Science Game for Kids
This science game helps kids practice and learn about spiders as invertebrates. Spiders are arachnids and often mistaken for insects. Play this game to learn more about spiders.

Spiders are invertebrates, and most of them are carnivorous, meaning that they eat insects and trap them in their webs. They also suck the digestive fluids from their prey. While not all spider species build webs, they all produce silk, which they use to climb and tether themselves for safety. This silk is also useful to humans for many reasons, including making silk-laced garments. Read More
There are home spiders, garden spiders, black widow and tarantulas which have hairy bodies. Like all invertebrates, spiders lack a backbone. However, their bodies are rigid, making them easier to catch and suck. Insects are similar to spiders in that they are both invertebrates without a spine. A spider’s body is made up of a complex network of fibers that help it move. Spider spin nets using spinnerets at the bottom of their abdomen.
Most spiders reproduce by laying eggs in egg sacs. These egg sacs are a sac containing the embryos. Some species of spiders have elaborate mating rituals to help conspecifics identify each other. For example, a male spider will approach a female and approach her to begin the mating process. After mating, the male spider will usually leave, leaving the female to carry on with her own life. The male spider is smaller than the female, which means that the female is less likely to kill its prey. However, the black widow is a spider that kills and eats its male partner after mating. Read Less
https://www.turacogames.com/wp-content/uploads/2022/03/moonshot-turaco-games.jpg 176 250 turacogame https://www.turacogames.com/wp-content/uploads/2016/10/Turacogames-300x135.png turacogame2022-03-27 08:52:482022-04-12 11:10:04Spiders as Invertebrates, Science Game for Kids

Organs of the Human, Body - Science Activity For Kids 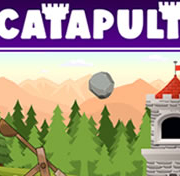