Games
You are here: Home / Games / Life Cycle of a Salmon, Science Game for Kids
Learn about the life cycle of a salmon with this easy science game activity for kids. Salmon begin their lives in a shallow, protected area of a stream or lake. As fish, they migrate to the ocean. After several years, they return to the stream or lake where they were born, to lay their eggs and die. Their offspring spend their early life in the stream or lake, just as the parent did.

The life cycle of a salmon includes a number of stages, which occur in different locations. It all begins when an adult salmon swims upstream from the ocean to breed. It begins by making a nest using pebbles at the bottom of the river. During this stage, the female salmon digs a nest and lays five to twelve hundred eggs. The male fertilizes the eggs, but only 20 out of every hundred eggs will be viable fry. After a short period of incubation, the eggs hatch into small premature fish known as a fry and later parrs. These fish live in freshwater until they become old enough to migrate to sea. Then, they return to their freshwater home and lay their eggs again. The process begins all over again. Female salmon lay their eggs in redds in riverbeds. Read More

Scientists have increased their ability to study the life cycle of a salmon, and their methods of investigation have become more advanced. Using DNA analysis and stable isotopes, they are discovering how changes in climate and habitats affect salmon migration. In order to migrate, salmon must know the flow of water and avoid predators. Because of these reasons, scientists are working to improve our understanding of this incredible fish. The early stage in the life cycle of a salmon is called the parr stage. These fish have vertical bars on their bodies that make them easy to camouflage themselves from predators. Their growth period can last months or even years, depending on the species.
Once they reach sexual maturity, the adult salmon re-acclimates to fresh water and begins the journey back to its natal stream. Along the way, they navigate rugged rapids, leap over rocky waterfalls, and even scale fish ladders. They must also avoid trawling nets, hooks, and hungry bears. Once they reach sexual maturity, they move from saltwater to freshwater to spawn.
Later, the salmon smolts lose their dark parr stripes and bright silver scales. They are a silvery color during the day, and turn a brighter color at night. They swim actively downstream and begin a new life in the ocean. The smolts will spend a couple of years in freshwater streams and estuaries before they reach the sea. There, they spend the rest of their lives feeding on seaweed and eating tiny organisms.
The adult salmon spends approximately three to seven years in the ocean before they return home to spawn. While a salmon reaches adulthood, it has a difficult journey. Only two percent of salmon reach adulthood. This is because salmon encounter a number of natural predators and human-made obstacles along the way. These obstacles include pollution, rive blockages, and poor habitat management. Read Less 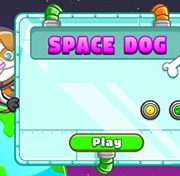